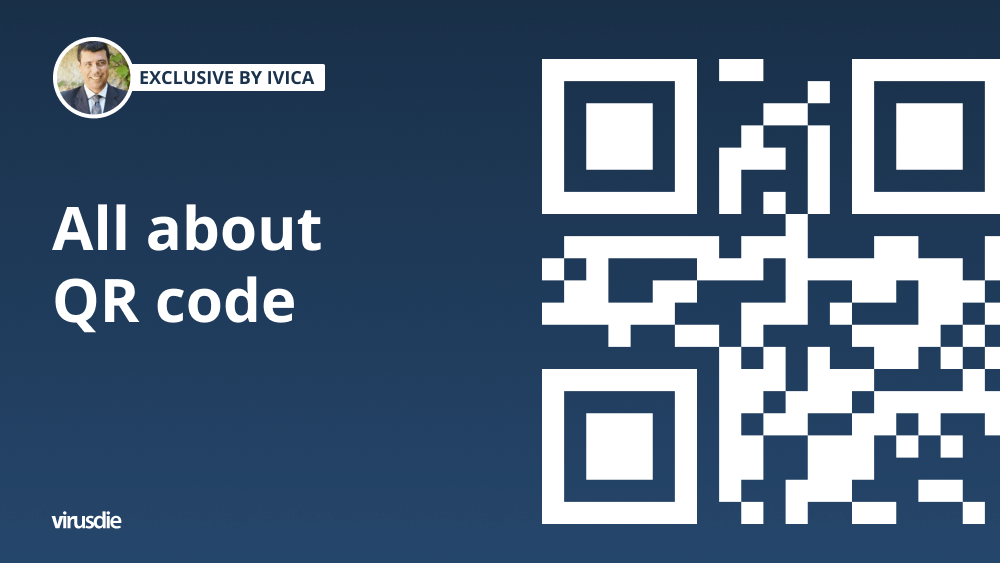 As of June 1, a QR code will be required at the entrance to locked rooms to verify a person’s Covid status, meaning officially these certificates will be called “digital green certificates”. What is a QR code and how can you read it?

Barcodes play an important role in today’s world, which is all about speed and precision. There are few better ways to quickly classify hundreds of thousands of products, track inventory and warehouse organization, and other potential applications in industry and beyond. Barcodes are nothing more than an optical representation of data that can be read by computers or other devices (barcodes are read by a scanner and interpreted by appropriate software).

The most common and by far the most common barcodes are one-dimensional barcodes, which gained their popularity primarily in retail stores that were looking for a way to capture products at the register as quickly as possible. However, barcodes come in many other shapes, patterns, and geometric forms that fall into the realm of two-dimensional matrix codes. One such barcode that has become popular due to its significant growth in smartphone use is the QR code.

It is a two-dimensional matrix barcode and the best known of its kind, developed in Japan in 1994. The QR code, or Quick Response code, was developed by Denso Wave, a subsidiary of Toyota, and was originally intended for tracking vehicle parts. The idea was to create a barcode that could be decoded at high speed, and this is something that has always been a must in manufacturing processes and especially in the automotive industry.

The technical specifications of the QR code are explained in detail in the ISO / IEC18004 standard and are the same worldwide. The only important difference between the QR codes, apart from the data they contain, is the number of modules needed to store the data. The numbers are defined by versions from 1 to 40, and version 1 is a 21×21 matrix. Each time the version increases, the matrix for the four modules also increases, so version 40 is actually a 177×177 matrix. The largest QR code can theoretically store up to 4296 alphanumeric characters, while the QR version 1 code can store 25 characters.

It should be noted that as the matrix increases, the size of the QR code increases, and an interesting feature is that several QR codes can be merged into one, but also that such a code can then be broken into a maximum of 16 smaller codes.

One of the better features of a QR code is its error correction capability (ECC), so that a partially corrupted code can still be read. There are four levels (L, M, Q, H), and with each increases the percentage of errors that can be corrected, or how many codewords can be returned (codeword is the unit that makes up the data region and is equal to 8 bits).

Quite importantly, high version codes are harder to read on mobile devices. It is an unofficial recommendation that QR codes intended exclusively for reading via mobile phones should have a maximum version of 4. So, the largest code should be a 33×33 matrix supporting up to 90 alphanumeric characters at the “M” ECC level to ensure that the cameras of all mobile devices can scan successfully (cameras of today’s smartphones will have no problems with much larger QR codes).

In addition, it is very important to note that there should always be a blank space or quiet zone around the edges of the QR code.

The most common way to use a QR code is to redirect the customer to the official website. But then what? Not only is it useful to generate traffic, but it would be good to use the opportunity to gather valuable information and convert visitors into customers. There are a number of strategies to achieve this goal, and which exactly you choose – depends primarily on the specifics of your business.

You can use a QR code to give users valuable information, such as some form of education. If you sell certain equipment or software, the video can explain its use or include testimonials from satisfied users. If you want to promote tourist arrangements, the video can be used to inform about the beauties of the nature and useful facilities nearby. If you have a restaurant or sell food, your videos can talk about its origin, interesting recipes, culinary tips, etc. We definitely recommend you to have your own YouTube channel (you can open it quickly and for free) to make this strategy even more complete.

Conceptually, it is only necessary to point the phone’s camera at the QR code and in no time at all the data it contains should appear. The widespread use of QR codes has led to standartization, and the main advantage is that the QR code can carry certain types of information, i.e. identifiers for data such as SMS messages, phone numbers, URLs, vCard data and more.

A QR code (Quick Response) is a two-dimensional graphic code that has three major advantages over a bar code:
• Because it captures data in two dimensions (horizontal and vertical), it is smaller and takes up less space on packaging. It can also carry much more information;
• It can be read from any angle and at high speed. Each QR code contains control parts (three dots) located in the same place in each code, so the computer can easily read the rest;
• It is quite resistant to physical damage.

How do I create a QR code for WordPress?

There are many affordable QR generators (QR code generation services) on the internet, and exactly which one to use usually depends on the complexity of your needs.

We have tried several of them, and like to use http://goqr.me/ and http://www.qr-code-generator.com/ (the full use of which requires registration). If you do not want to register, we recommend that you focus on the http://goqr.me/ service.

1. Enter the URL (link) of the page where the visitor “lands” after scanning the code QR.
It does not have to be exclusively your homepage, it can also be a link to your official Facebook page, your YouTube channel, your profile in another social network, a PDF document or another online site.

2. Select the download option and define the properties of the code QR.
Once you have created the code QR in the form of a link, you must define its color (color of foreground and background elements), size and format of the image (classic .jpeg and .png or a format that allows the creation of vectors, which is the recommended option if you want to print the code QR ).

3. If you intend to use the code QR online only – select the “Embed” option.
This option also gives you the opportunity to select basic properties, such as the size and color of the code QR. After setting the properties, to use the code QR it is necessary to copy the HTML code (HTML code to embed in a website (shortcut: Ctrl + C or “right click \ Copy”):…) and “paste” it in the desired place – in the text of the article or product, in the side menu, in the header, footer and other prominent places of your website.

How do I add a QR code in Woo Commerce?

In this new digital age, QR codes can help you promote sales by linking offline and online resources. This way, you can connect online campaigns with offline promotions.

Your customers will be loyal to you if you send emails that are personalized and have relevant content. QR codes are a great way to reach customers who may have forgotten about your product. The more people on your subscriber list, the better. For lost customers, send coupons to increase the likelihood that they will return.

In the general tab, choose Percent-off from the drop-down and add a 50% off coupon.

To get started with your new URL, head over to the URL options tab. This is where you can enter an ID that combines with your site URL to create a unique URL. For example, here I added the ID “example” and combined it with my site URL “http://www.example.com”. Once you enter something into this field, you will see a preview of your unique URL in the preview window.

Next, you’ll need to select a product from your Woo Commerce store. This will add it to the cart automatically and give you the chance to apply a coupon. In the Redirect after applying field, you can choose the page of your Woo Commerce store that you want your store visitors to redirect to once they scan the code. The QR code will appear as you enter the unique URL. Click the download button below the QR code to download it. Then, publish the coupon as a PDF.

Need to read a QR code?

No problem; if you have an app on your phone, just take a picture. The picture does not have to be aligned to read the code; it just needs to be as sharp as possible. If you do not have an app, you can upload a photo of the code QR to a service like Zxing that reads what’s written behind a series of black and white squares. 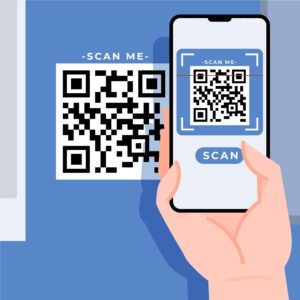 If you use an iPhone, you’ll need to download one of dozens of apps, while some versions of Android and Nokia’s Symbian devices come with apps that read QR codes. Several apps that read QR and barcodes on Android:
• QR Droid
• Barcode Generator / Reader
• QuickMark QR Code Reader

The QR code is smaller, stores much more information, and is easy to read. So why do we always use barcode codes?
They are simply more convenient. Most stores in the world are equipped with barcode readers. They do not need more information anyway, so QR codes have found their application in various marketing campaigns.

So for now, QR codes remain primarily part of advertising campaigns. When you see this black and white square, you know what to do. Also remember that security is always important when you go online, no matter what you do: use QR codes, surf the web, download files, etc.

API for integration | Integrate Virusdie into your service and earn your millions, with API for “big boys”.